Pro Dental Care has been serving our community for more than 25 years. We serve patients in the Elgin, Sleepy Hollow, St. Charles, South Elgin, Illinois, and surrounding communities, and we treat each of them like they are part of our very own family. We want you to join our dental family too. The first step is to let you know a little bit about who we are and what we can do to give you a great-looking smile.

We are a full-service dental practice that can take care of all your dentistry needs. We offer preventive care such as dental exams and dental cleanings to help you keep your smile looking great, gum disease treatment to help you keep your gums healthy and your teeth right where they should be, and even custom mouth guards to protect your smile during sporting activities. Our cosmetic dentistry offerings will help you correct any aesthetic issues that are holding your smile back from being great. Whatever your smile needs, we have the answers at Pro Dental Care.

Additionally, we offer restorative dental care. Restoring the function of your smile will lead to a better-looking smile and better functioning smile. You can’t have one without the other. We offer dental implants to replace teeth if they have been extracted or have fallen out. We can even place implants and your new teeth in one day! Trust your smile to our experienced team.

You can be treated in any one of our three nicely appointed and elegant offices in the Greater Chicago Area. Your comfort and care are our primary concerns, and we will do all we can to make your time with us relaxing and enjoyable. That includes different levels of sedation dentistry to eliminate your dental fear. Call any one of our three locations today to schedule your dental appointment. 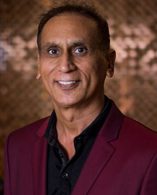 Dr. Rick Brar knew that he wanted to be a dentist from the time he was a teenager. It was during that time, while undergoing dental treatment, that he noticed the impact that dentists have on the quality of life of their patients. Dr. Brar’s goal is to help people get the kind of smiles they can be proud of and to gain the confidence he thinks we are all entitled to. That early brush with the world of dentistry launched him on a path that sent him to Washington University in St. Louis, Missouri. Dr. Brar graduated with his Doctor of Dental Medicine degree in 1986.

His quest to become the very best dentist he could be did not stop at graduation. He has continued to seek continuing education courses to expand his understanding of specialized dentistry.

Dr. Brar holds the highest standard of excellence in everything he does, and he will accept nothing less for his patients. He has spent the last 25 years in private practice providing life-changing dental care to his patients in the Greater Chicago Area. Dr. Brar likes to say he is changing lives one smile at a time. 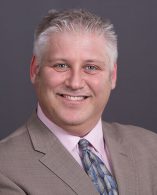 Dr. Bram earned his undergraduate degree at the University of Arizona in 1985 and was granted a Chancellor’s Scholarship to attend University of Missouri-Kansas City Dental School. Dr. Bram graduated in 1990 with DDS degree from UMKC, earning a distinction in dental radiology and then went on to complete a one-year general practice residency in Cleveland, Ohio, at the MetroHealth Medical Center in 1991. Dr. Bram then completed an oral and maxillofacial surgery externship at Mt. Sinai hospital in New York City. Dr. Bram has 25 years of experience practicing general dentistry and hundreds of hours of continuing education. His skills include, but are not limited to, general, cosmetic, dental implant dentistry, oral surgery, root canal therapy, periodontal surgery, and sleep appliances.

Dr. Bram moved to Chicago in 2009 with his wife and son, Ben, who attends Prospect Elementary School. They reside in Clarendon Hills. In addition to his work at Pro Dental Care, Dr. Bram has completed dental missionary work all over the world, including Israel, Fiji and China. His interests include running in fundraisers, scuba diving, underwater photography, and coaching his son’s soccer team for AYSO Hinsdale U-9.

Dr. Bram participated in the Soldier Field 10 Miler on May 28, 2016, with over 9,000 runners. He finished in 01:45. He then competed in the Daisy Dash Father’s Day 5K which he finished in 29:15. Dr. Bram recently earned a momentous distinction from the International Congress of Oral Implantologists; the peer-reviewed advanced credentialing committee awarded Dr. Bram a Fellowship Certification.

Dr. Steve Johnson has been a resident of Elgin and St. Charles for his entire life. Because of his deep roots in the community, he works hard to provide excellent care to all his patients. He is known as being a leading dental crown, dental implant, and denture expert. In fact, he was voted as one of Chicagoland’s Top Doctors and Dentists. With 25 years of dental experience, it is no wonder his office provides “the best cosmetic and tooth replacement solutions available.” Patients enjoy seeing Dr. Johnson because of his caring nature and his expertise, which allows him to accomplish excellent cosmetic and restorative dental treatments.

Dr. Johnson earned a B.S. in Biological Sciences from Colorado State University. He continued his education at the University of Illinois where he earned his D.D.S. He has completed post-graduate work at Northwestern University where he became certified in Brånemark dental implant placement and restoration as well as advanced courses in periodontics.

When not busy helping patients enhance their health, beauty and confidence, Dr. Johnson spends time with his wife, Kim, and their two children. He also enjoys golf and tennis. Lastly, he makes time to serve at the Global Leadership Summit which is attended by over 300,000 leaders from 125 countries and is translated into 59 languages.