At Worcester Periodontics, our goal is to provide exceptional periodontal and dental implant care to our patients in a comfortable environment with friendly and welcoming attitudes. Dr. Ancy Verdier, Dr. Steven Litwin and our professional team are committed to helping our patients understand their tooth replacement options. For some individuals, a single dental implant is all that is required to replace a missing tooth. Others may benefit from replacing several missing teeth through the TeethXpress procedure, which is far superior to a denture. If you experience anxiety when receiving professional oral care, we are pleased to help you relax with our oral sedation services. When receiving dental implants, many of our patients sleep in comfort through the entire procedure.

Our state-of-the-art dental specialty practice is conveniently located in Worcester, Massachusetts. Once we help you to achieve a beautiful new smile, we strive to help you maintain optimal periodontal health. No Worcester practice is better equipped to help you maintain your oral healthcare investment, long-term, than our compassionate and professional specialty team. Contact our office today for a consultation. Find out if dental implants are the best solution for you. 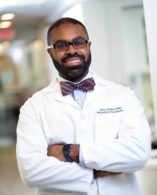 Dr. Ancy Verdier is the founder of Worcester Periodontics, a periodontal dental practice located in Worcester, Massachusetts, where he practices periodontology and implant dentistry. He earned his Bachelor of Arts in Psychology from Tufts University, where he served as student body president and was the winner of the coveted Wendell Phillips Award. Following his graduation, Dr. Verdier completed the postbaccalaureate program at Harvard University and then matriculated at Tufts University School of Dental Medicine. After receiving his Doctor of Dental Medicine, Dr. Verdier completed a prestigious three-year residency program in periodontology at Tufts University after which he was awarded diplomate status by the American Academy of Periodontology. He also was featured in the magazine Incisal Edge Top 40 Dentist under 40. Lastly, Dr. Verdier was inducted as fellow in the International College of Dentists.

Dr. Verdier is a former teacher at New York University School of Dentistry, Lincoln Hospital GPR Program and Interfaith Hospital GPR program. He is a frequent speaker at national dental meetings and oral health seminars. Currently, Dr. Verdier is Director of the Seattle Study Club of Central New England. He serves on the Tufts University Dental School Alumni Association, Eastern Dental Insurance Association Agency and is a trustee of EVIDENCE, A Dance Company. He is also a regular contributor to Tufts Practice Based Research Network.